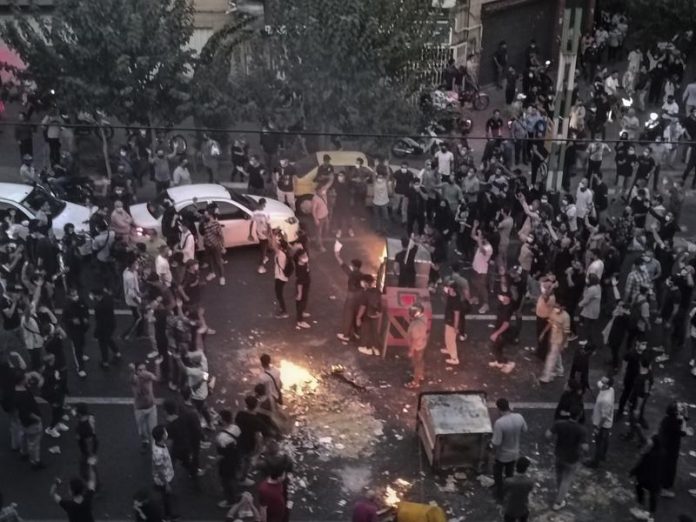 DUBAI, United Arab Emirates (Haldoor News) — Iran’s atomic energy agency alleged on Sunday that hackers acting on behalf of an unidentified foreign country broke into a subsidiary’s network and had free access to its email system.

An anonymous hacking group claimed responsibility for the attack on Iran’s Atomic Energy Organization, demanding Tehran release political prisoners arrested in the recent nationwide protests. The group said it leaked 50 gigabytes of internal emails, contracts and construction plans related to Iran’s Russian-backed nuclear power plant in Bushehr and shared the files on its Telegram channel. It was unclear whether the breached system contained classified material.

The hack comes as Iran continues to face nationwide unrest first sparked by the Sept. 16 death of Mahsa Amini, a 22-year-old woman in police custody for allegedly not adhering to the country’s strict Islamic dress code. On Sunday, Iran’s leading teachers’ association reported that sit-ins canceled classes at multiple schools across the country in protest over the government’s crackdown on student protesters.

The protests first focused on Iran’s state-mandated hijab, or headscarf, for women but transformed into one of the most serious challenges to the country’s ruling clerics. Protesters have clashed with police and even called for the downfall of the Islamic Republic itself. Security forces have fired live ammunition and tear gas to disperse demonstrations, killing over 200 people, according to estimates by rights groups.

Iran’s civil nuclear arm said hackers breached the email system used by a company operating the country’s sole nuclear power plant in the southern port city of Bushehr. The agency blamed a “foreign country” for the attack, without elaborating. Iran has previously accused the United States and Israel for cyberattacks that have impaired the country’s infrastructure.

“These illegal efforts out of desperation are aimed at attracting public attention,” the organization said.

An anonymous hacking group, calling itself “Black Reward,” published on Telegram what appeared to be files of contracts, construction plans and details about equipment at the Bushehr plant, which went online in 2011 with help from Russia.

“Unlike Westerners, we do not flirt with criminal mullahs,” the group wrote.

Meanwhile the Coordination Council for Teachers Union, Iran’s leading teachers’ association that has been vocal in the protests, reported that schools, largely in Iran’s Kurdish provinces, heeded its call to boycott classes Sunday in protest over the deaths and detentions of students in the past month of unrest. There was no immediate acknowledgement of the strikes from authorities.

The union shared photos of teachers holding up protest signs saying “Woman, Life, Freedom” instead of teaching at schools in the Kurdish cities of Sanandaj, Marivan, Kermanshah and Saqez, as well as in the West Azerbaijan and mountainous Hamadan provinces.

“Schools have become barracks and tear gas is thrown in the faces of elementary school students,” one teacher wrote in a letter shared by the union. “History will record the names of this brave generation.”

Campuses have long been a flash point for unrest in Iran, including during the 1953 student protests under the Western-backed shah and during the 1999 pro-democracy demonstrations under former reformist President Mohammad Khatami.

At the prestigious Sharif University of Technology in Tehran, the scene of an hours-long siege by security forces earlier this month that ended with dozens of students arrested, protests erupted as students tore down the barrier dividing men from women in the campus cafeteria, a students’ association said.